They say failure to plan is planning to fail. That certainly rings true in the case of the plastic conundrum. If we carry on at the same rate, the World Economic Forum predicts plastic production will double over the next 20 years – and quadruple by 2050. That’s from a high base. Already there is talk of plastic overwhelming our seas, while also polluting our rivers, soil, foodstuffs and even the air.

Against that backdrop, the major fmcg manufacturers have all set out ambitious plastic reduction targets. The likes of Unilever, CCEP, Danone and PepsiCo have pledged to make 100% of their portfolios recyclable, take out swathes of virgin plastic and increase the use of recycled PET in their products by 2025. They have one common aim: to create a circular economy in plastic.

It all sounds impressive. But as the target date edges closer, environmental campaigners say there is a fundamental flaw in the approach of the major suppliers. “They are basically betting on recycling fixing the problem. And that’s where we have a massive difference of opinion,” says Louise Edge, corporate campaign lead at Greenpeace. Instead, she believes they should reduce their output.

So are green packaging targets up to the job? What do they entail? And is this circular vision achievable under the current approach?

One thing is for sure: in today’s world, a plastic reduction strategy is a necessity, rather than a nice-to-have. Fmcg brands are highly aware of their impact.

Even without the altruistic factor, legislation is providing a clear incentive to reduce waste. Within the next five years, there are plans for a tax on single-use packaging with less than 30% recycled content, and Extended Producer Responsibility will also come into force. The latter will put a stronger onus on suppliers to take environmental responsibility for their product packaging when it becomes waste.

Then there is the matter of public opinion. Greenpeace’s Edge says not long ago, many of the major suppliers “didn’t even report on plastic” or set targets on reduction. “Obviously all the news that’s come out over the following years, particularly the Blue Planet moment, has changed that,” she points out.

Indeed, consumers are switched on to the pitfalls of plastic more than ever. Seven in 10 shoppers said the sustainability of packaging influenced their choice of brand, retailer or product, in an exclusive poll of over 1,000 UK adults for The Grocer by Harris Interactive.

Callum Saunders, head of planning at marketing agency Zeal Creative, believes that importance will only grow. “As we move into a climate-critical future, not offering sustainable solutions could quickly become a negative in shoppers’ minds,” he says.

So important is the issue that a sustainable packaging strategy is increasingly considered a financial asset. “What you are doing to reduce your packaging use has actually become a theme among investors,” says Susan Hansen, global strategist of food and agribusiness supply chains at Rabobank.

In essence, creating a circular economy on plastics is as much in the interest of the major fmcg players as it is the planet. It’s no wonder there are so many ambitious targets at play. Recyclability is the starting point in all of these. All the signatories to Wrap’s UK Plastics Pact – which include CCEP, Danone, Britvic and Unilever – have pledged to make 100% of their packaging reusable, recyclable or compostable by 2025. 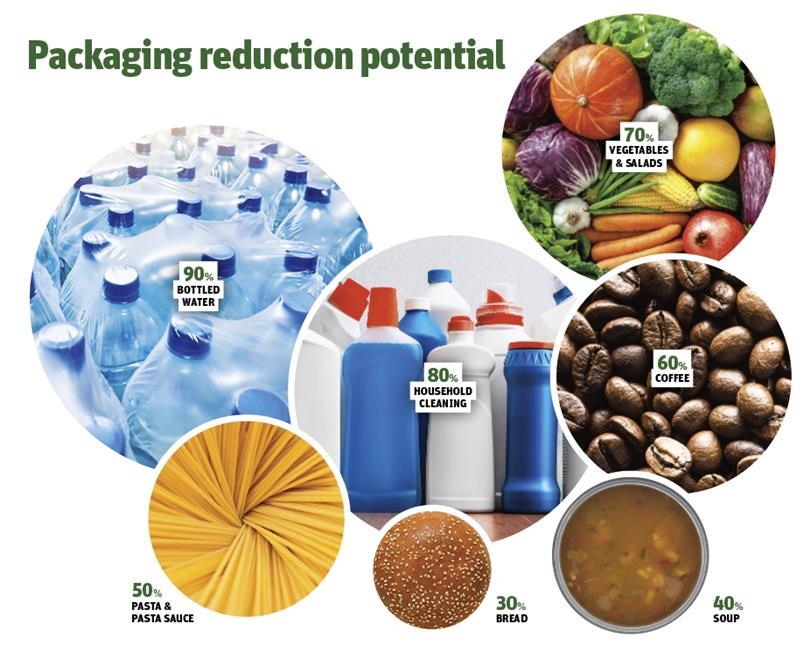 How the key fmcg categories fared in the Which? recyclability report 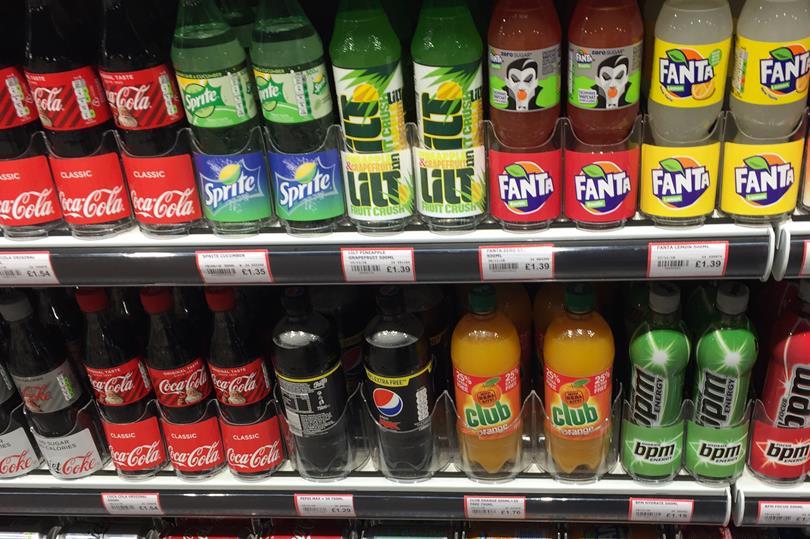 Fizzy drinks emerged as the most virtuous sector of all in the Which? report. The consumer group found all the brands in its analysis had fully recyclable packaging, which was indicated on packs. Juice drinks and smoothies came a close second, with 95% of their packaging weight eligible for kerbside recycling. 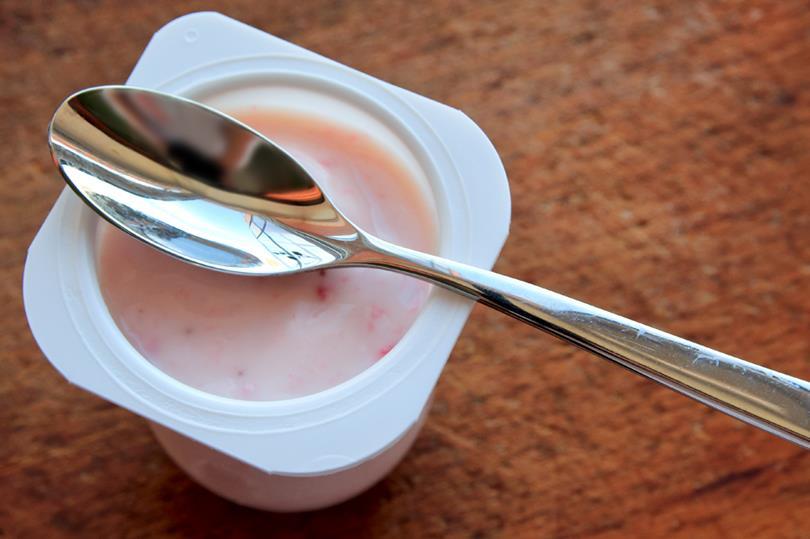 The verdict: Which? found there were “real heroes and villains in the world of yoghurt pots”. It identified Onken Cherry Yogurt as falling into the former camp, with a widely recyclable polypropylene pot and PET lid. However, many other yoghurt pots in its analysis contained polystyrene, which is not widely recyclable. 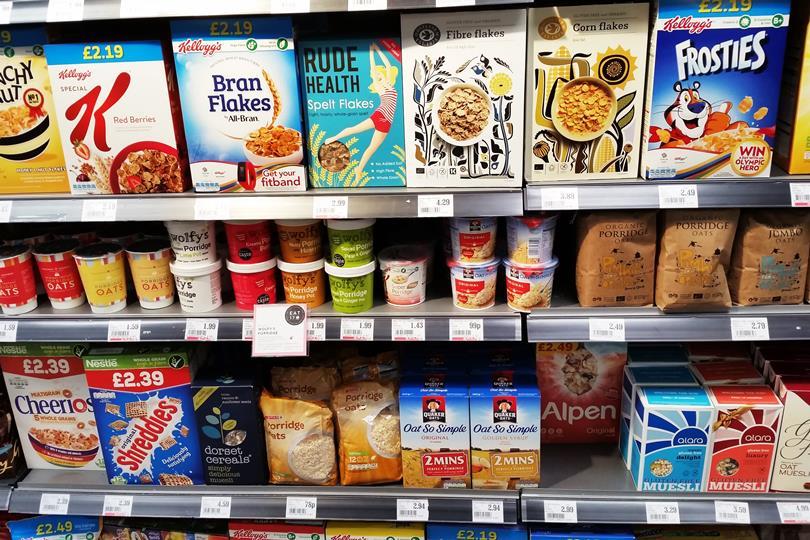 The verdict: Most of the cereals packaging in the Which? analysis consisted of cardboard boxes and widely recyclable inner plastic bags. On the downside, it pointed out that Quaker had no recycling information on its sachets and Weetabix’s inner wrapper was hard to recycle (it will be fully recyclable by 2021). 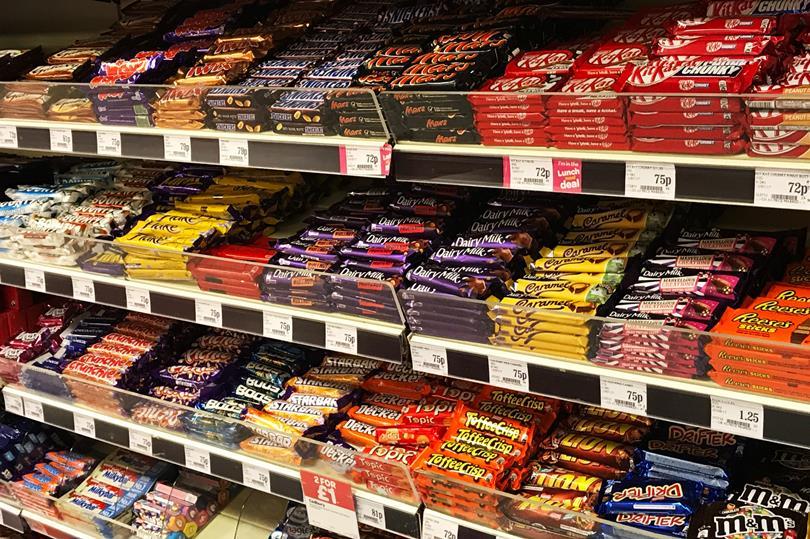 The verdict: Which? found a “big variation” in the major brands. Galaxy Smooth was highlighted as having fully recyclable packaging, but that wasn’t indicated on the label. It flagged up others as tricky to recycle, including a 200g bar of Cadbury Dairy Milk, a four-pack of Kit Kat four-fingers and the 125g M&M’s Peanut pouch. 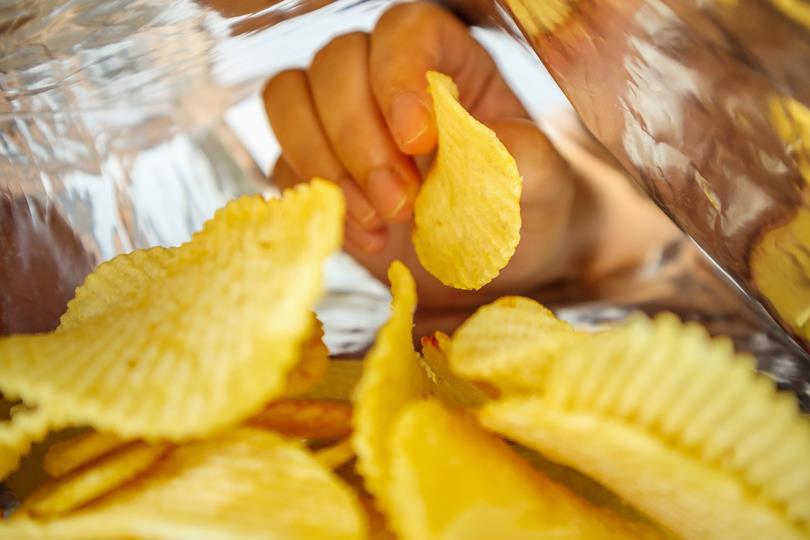 The verdict: Bottom of the league was bagged snacks, due to crisp packaging not being eligible for kerbside collection. Which? acknowledged the need to keep crisps airtight “considerably limits options for packaging material”. Plus, it pointed out that crisp packets can be recycled through TerraCycle. 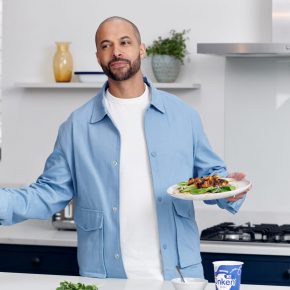 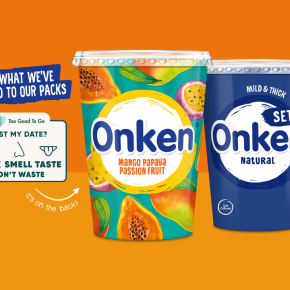 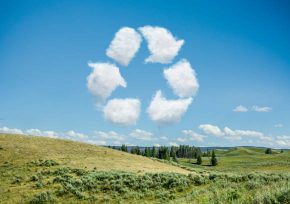